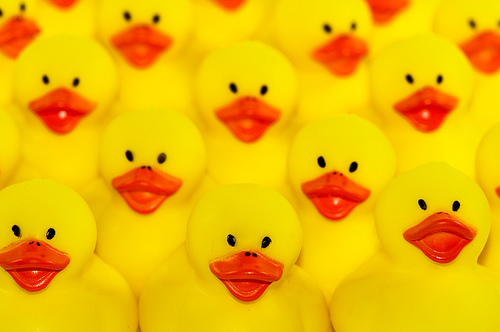 I was interviewed about Netflix this morning for IBA, an Israeli Television network.  (God bless Skype.)  Short case study—they found me via Twitter, checked out my blog, saw I had been interviewed on NPR, and booked me.  Publishing works.

They wanted to know why the release of Season 2 of House of Cards is such a big deal.  To me it shows an application of Clayton Christensen’s thinking (The Innovator’s Dilemma, etc.) to the world of content.

House of Cards Season 2 matters because of a series of changes that started 20 years ago.

First of all, there is the cultural context.  Prime Time (8-11 Eastern Time in the US, but different in other markets) became a fact of life in the 1950’s, during the birth of network television.  In those days of typewriters and landlines, America started work at 9AM and ended at 5PM.  We all were home together, and there were relatively few home entertainment choices.  Culture has changed in many ways since the 50’s, but the most relevant driver is continuous access to work.  Hours are different because they can be different.  People do independent work on connected computers.  When people are connected 24/7 and offices have flextime, Prime Time doesn’t mean as much.  Prime Time depends on large numbers of people at home at the same time.  It also means limited choice, so that people are watching the same shows in large numbers.  Work doesn’t work that way anymore and neither does television—we all have hundreds of channels to choose from.

Then changes in Entertainment Technology over the last 10 years kicked in—the DVR, on-demand movies, online streaming.  People are used to watching things when they want to.  Once you break the habit of watching a program at the time the network tells you to, it’s hard to go back.  Outside of Sports and Events (the Oscars, etc.), there’s very little that we all watch simultaneously anymore.   The phrase “spoiler alert” only exists in a world where you can time shift.  (There were no spoiler alerts about “Who Shot J.R.?” in 1980.)

Then increase in supply—  decrease in satellite costs, increase in cable capacity, and the rise of online streaming gave birth to hundreds of new viewing options.  And more competition in video meant more experimentation, while the broadcast networks were continuing to do the same old thing.  The new entrants like AMC, Netflix, and Amazon started out with library content (old movies and TV shows), but as technology allowed them to act like a television network, they inexorably were led to producing original content.  Not surprising that the new entrants had the better content.  AMC wasn’t trying to protect its old business—it didn’t have much of one.  NBC needed to keep its advertisers – Toyota, Anheuser-Busch, Procter & Gamble—happy, and that meant no surprises, and no disruption.

This is where Christensen’s thinking comes in.  In short, he asserts that disruptive competition is always dismissed because it looks like a toy.  Minicomputer makers thought the PC was a toy.  Xerox thought cheap Canon copiers were toys.  Western Union thought the telephone was a toy.  These new entrants excel on a different basis of competition than the big guys—they’re not luxurious but they’re fast.  They’re not high-fidelity, but they’re cheap.  And they don’t set out to serve the mainstream consumer.  Yet.  By being good enough to do one job, they establish a foothold in the market, and then start to climb into the mainstream.  Netflix used to be a place that mailed you DVD’s of old movies.  Through the post office.  Now it’s where Oscar-winners have creative control for their projects that end up on magazine covers.  That’s not a toy.

This all has severly affected branding—the broadcast networks are now seen as old and boring—the place where your grandparents watch NCIS or the Today Show.  The cool places are basic cable, pay TV and new entrants like Amazon and Netflix.

Why can’t you do the same?  No one is asking you to replace the trade magazines in your vertical.  But at the same time, you can carve out one small distinctive niche and build an audience around it.  Once you have that adience, you have the right to grow.  You might look like a toy to the legacy players.  That’s good.  Embrace it.  You know what happens in the long run.