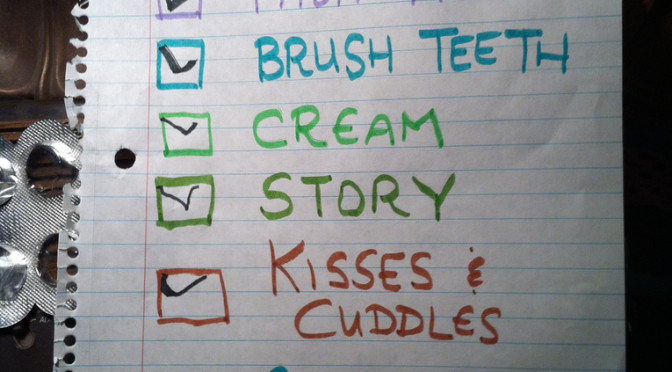 Some things are simple, some are complex.

As we have built ever more complicated machines and systems, we eventually come up against the limits of what anyone can keep in their head.  For the most complicated tasks—like surgery or flying a passenger aircraft—we need something that allows us to build on what we know, but account for the fact that we’re mortals, and mortals mess up.  That’s why we have the checklist.

Atul Gawande, a surgeon who writes for the New Yorker (that’s a pretty remarkable combination, by the way), wrote a terrific book about the power of the checklist called The Checklist Manifesto.

[Y]ou have a desperately sick patient and in order to have a chance of saving him you have to get the knowledge right and then you have to make sure that the 178 daily tasks that follow are done correctly—despite some monitor’s alarm going off for God knows what reason, despite the patient in the next bed crashing, despite a nurse poking his head around the curtain to ask whether someone could help “get this lady’s chest open.” There is complexity upon complexity. And even specialization has begun to seem inadequate. So what do you do?

Airline pilots are under the same strain to manage complexity.  This is a great story about how the pilot’s checklist came about.  Human fallibility is one thing you can depend on, and managing it is key to getting anything complicated done.

So what does this have to do with social media?  Isn’t it just about cat memes?

For all of us content creators, it’s hard enough to create something original, but we also have to get that content distributed.  In Hollywood studios, there is a fundamental difference between making movies and selling movies.  Both jobs are hard, and require specialization.  For the modern brand, you have to do both—come up with something clever, but also make sure you reach your regular audience by posting it everywhere it should be posted, make sure you are leveraging all the other audiences you are relevant to by getting others to share it, monitoring how the audiences are reacting to it, and scanning the horizon for good content to curate for your audience.  None of it is that hard as single steps, but it’s almost impossible to hold it in your head at the same time.  Constant partial attention is the curse of anyone taking social media seriously.  That’s where the checklist comes in handy.

There’s no one size fits all, but having a written routine that you follow is surprisingly effective for exercise or for writing and promoting content.  And it’s not just us.

Substantial parts of what software designers, financial managers, firefighters, police officers, lawyers, and most certainly clinicians do are now too complex for them to carry out reliably from memory alone.

But we are vain creatures, too.  None of us think our jobs can be reduced to a simple recipe.

In a complex environment, experts are up against two main difficulties. The first is the fallibility of human memory and attention, especially when it comes to mundane, routine matters that are easily overlooked under the strain of more pressing events. (When you’ve got a patient throwing up and an upset family member asking you what’s going on, it can be easy to forget that you have not checked her pulse.) Faulty memory and distraction are a particular danger in what engineers call all-or-none processes: whether running to the store to buy ingredients for a cake, preparing an airplane for takeoff, or evaluating a sick person in the hospital, if you miss just one key thing, you might as well not have made the effort at all.

A further difficulty, just as insidious, is that people can lull themselves into skipping steps even when they remember them. In complex processes, after all, certain steps don’t always matter. … “This has never been a problem before,” people say. Until one day it is.

Checklists seem to provide protection against such failures. They remind us of the minimum necessary steps and make them explicit. They not only offer the possibility of verification but also instill a kind of discipline of higher performance.

I have my own publishing checklist, and I’ll share it with you if you ask, but it covers these basic sections.

It’s almost humiliating to think that a checklist improves performance, but it works at the grocery store, it works at the gym, and it works in social media.  Best of all, it frees up your brain to worry about more important things.

Why Irving Berlin was Right

Irving Berlin is a tremendous role model for all of us. He started out as nobody from nowheresville—an immigrant from...