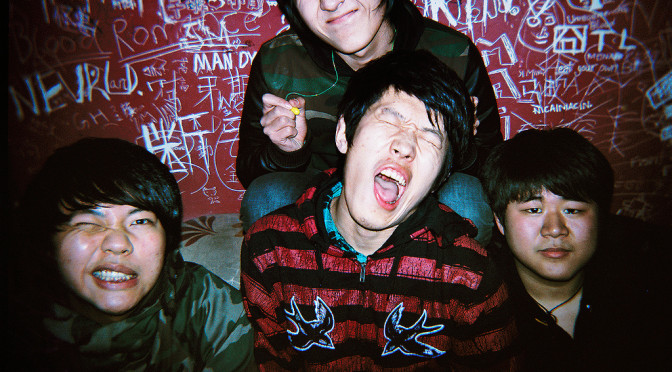 Someone once explained to me the difference between a solo artist and a band.  A solo artist is saying “Hey look at me!” And a band is saying “Us against the world.”

One of the most powerful things you can do in your content is to declare your membership in a small group (that consists of your users) against the world.  Harold Ramis used this construction in his successful 70’s comedies like Caddyshack and Animal House.  The slobs banded together against the snobs.  The outsiders became a family.  There’s something very primal about this construction. It taps into something deep inside us– tribal allegiance, teamwork, and disdain for the Establishment. It really only works for attacker brands, but in those circumstances, it can be very effective.

Cadillac’s new spot is a perfect example of this.  It positively asserts some of the values that are likely to resonate with the Cadillac target buyer– value of hard work, ambition, and enjoying luxuries you have earned.

Better yet, it intensifies this by It antagonizing the sort of people who will never buy a Cadillac.  It ridicules some of their sacred cows (like Europe).  The reaction to this spot in my personal group of overeducated urban haute bourgeoisie friends has been an outraged howl of indignant pain.

(Ironically, this ad ran during Super Bowl and the Olympics and no one noticed; but put something like this on the Oscars and listen to the howls.  Context is king.)

The brilliance of the spot is this:  Cadillac has no other options.  The brand is up against the wall.  It’s certainly in no position to call itself the choice of the smart set so it might as well make a virtue of necessity.  It can’t play the elegant European card like Mercedes and BMW.  It can hardly play the quality manufacturing card like Lexus and Infiniti.  But by loudly asserting that it is the choice of the brash and unapologetically successful it becomes an attacker rather than defensive.

Think of their historic positioning.  Who exactly buys a Cadillac?  What emotions does the brand evoke?  For me it’s about elderly people in Boca Raton who drive slowly in the left lane.  And who don’t know better.  Mobsters, too.  The nouveau riche.

Subaru nation despises the Cadillac brand and these archetypes.  Whole Foods nation despises it.  NPR Nation despises it.  (I think they missed the point that the car is electric, which usually is the highest good in those communities.). What does Cadillac have to lose?  Toyota can’t pull this off. They have to be Ned Flanders and be nice to everyone.  Cadillac takes the snobs vs slobs positioning of Animal House and Caddyshack and puts themselves on the side of the heroes.  (This is CADILLAC– the most Eisenhower 50’s establishment brand there is.  Probably what Judge Smails drove.)

What was the last Cadillac ad you remember?  The brand has been Nice for a long time.  And nice is a defensive posture.   You don’t conquer new markets when you’re nice.  Niceness is not a virtue– it’s a default, the opposite of making a choice.  (As Sondheim says “You’re not good/ you’re not bad/ you’re just nice.“)

Cadillac had been cringing.  But the emotion the brand evokes now goes from embarrassment to cocky.    Not every competitive scenario demands this sort of decisiveness, but in a crowded, mature space like this, it’s a brilliant move.

Next time identify how your users think of themselves.  Are they insiders or outsiders?  Who do they identify with?  Who represents everything they’re not?  Give your users a chance to say “Us against the World.”  Like Steve Jobs said– it’s more fun to be a pirate than to join the Navy.

P.S.  It’s also not lost on me that this ode to self-reliance comes from a company that got bailed out by the Federal government.  Irony is fun.

Pope Francis: Marketer of the Year

In Media, segmentation is destiny.  It’s much easier to be best in the world when you have a tightly defined...