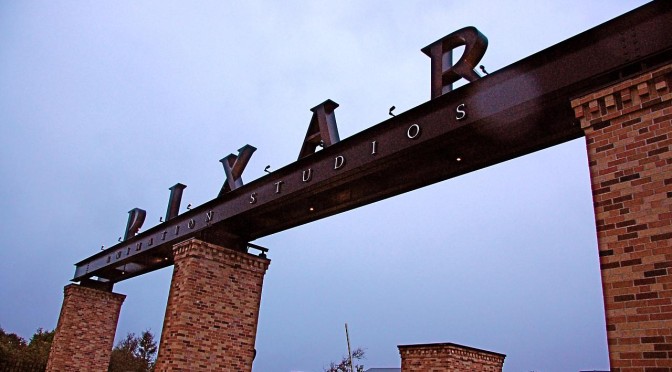 For content creators, Pixar is a fantastic organization to study.  Part of it is because they make such good movies.  You don’t have to have kids to get choked up by Toy Story or The Incredibles, or Ratatouille.  Just check out this montage, without words, from Up.

That’s artistry.  But you know what else it is?  Craft.  Sweat, and false hopes, and disappointments, and tearing stuff up and starting again.

Ed Catmull, the President of Pixar, has a new book out called Creativity, Inc., which is about how Pixar developed its culture.  As someone who ran a magazine and has worked in creative industries a lot, I’m looking forward to hearing his thoughts on how to manage creative people (which is different from managing engineers), but I’m equally interested in seeing his thoughts on the creative process per se.  The fact that Catmull is trained as a computer scientist, and not as a theatre director, is not lost on me.  The common misconception people have about managing creative people is that they need to be coddled and kept away from the hard edge of business.  In my experience, creative people are all different, just like engineers are all different.   There is no one size fits all for them, but the best creative people I know live in the real world.  They have always relished getting as close as possible to the business problem that needs to be solved.  It’s not so much that they are trying to sell out and make something that is empty but popular.  It’s that you can’t create anything great until you understand the cruel reality of the world.

Catmull’s thinking is deeply rooted in the real world:

People say they want to be in risky environments and do all kinds of exciting stuff. But they don’t actually know what risk means, that risk actually does bring failure and mistakes.

Part of being the successful Pixar is that we will take risks on teams and ideas, and some of them won’t work out. We only lose from this if we don’t respond to the failures. If we respond, and we think it through and figure out how to move ahead, then we’re learning from it. That’s what Pixar is.

A lot of it is understanding our basic software as human beings.  We don’t like failure or risk (even though we all claim to).

Think about our industry, or the things that your readers are facing: The underlying technology continues to change, successful people are always getting older and aging out, and everyone is drawing new conclusions about what really works. There is no stable place. But there is this illusion that somehow you can get to a stable place, figure it all out. People have their fear: They want to be in a secure place; they want to know what to do; they want people to tell them what to do. And there isn’t anything that can remove that underlying piece of human nature. It is when we try to avoid, stop, or control change that we get into trouble

Unfortunately, even at Pixar, all of their ideas start out awful.  And some of them need to be killed, even after a lot of sunk costs have gone into it.  Years of work in some cases– Toy Story 2 had to be completely rewritten a year before release.

The cost of that becomes clear when you think of how a movie starts out. It’s a baby. It’s like the fetus of a movie star; we all start out ugly. Every one of Pixar’s stories starts out that way. A new thing is hard to define; it’s not attractive, and it requires protection.

Catmull cheerfully describes the Pixar creative process as “going from suck to non-suck.”

One of the ways they manage this is a tool called the Braintrust. Its premise is simple: Put smart, passionate people in a room together, charge them with identifying and solving problems, and encourage them to be candid.  Read the whole piece, but the process looks scary as hell.  The smartest people in the organization meet together every few months to review where they are on a movie, and are encouraged to be candid and solve problems.  Not all of us have this luxury of having brilliant people give tough love to your content, but if you have guts to go through with a similar process, your content will get immeasurably better.  We all have blind spots, and no one is enthusiastic about having the flaws in their work pointed out.  But that’s the only way to kill mediocrity.  Pixar has had 14 film releases, and every single one of them has been #1 at the Box Office.  Even the Beatles and Michael Jackson didn’t pull that off.

But isn’t that the story of every successful recording artist? Over time they drive away anyone who will tell them that their new stuff is weak.  They surround themselves with yes-men and lose their edge.  (Elvis Presley, Lady Gaga, Kanye West– the examples are countless. Look at the Beatles after they stopped working with George Martin.)   It takes a lot of bravery to expose yourself to real criticism, and very few people are willing to do it.  But those that do have that discipline, keep their edge.

Part of Pixar’s success is surely due to the creativity of their team.  But a hell of a lot is due to their process, and having the guts to do painful things in order to drive out mediocrity.  Think of the world we live in now, with infinite choice and almost perfect competition.  What is the point of producing anything that’s mediocre?  Adding to the noise in this world is not a worthy end.  Be cruel to your stories.  Make them good enough to be worth taking up space in other people’s heads.

Creativity is a must-have.  But, cruel as it sounds, so is Rigor.

Adrian Blake has worked with Saturday Night Live, McKinsey & Co., and The Progressive Farmer and is a founder of a Social Media agency.Adrian Blake.  Strategy.  Social Media.