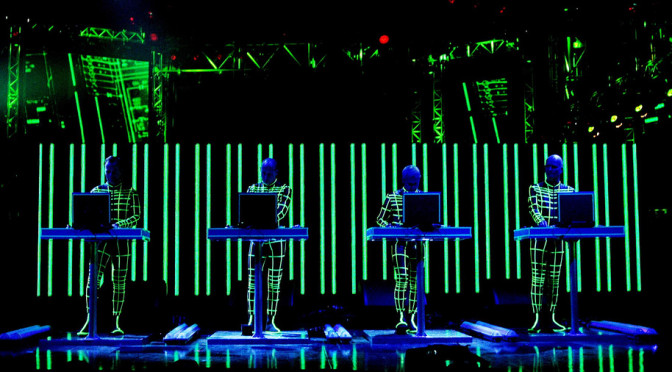 Tools are morally neutral.  You can make something great with them or something mediocre.  Look at what Pixar does with computer animation vs something like Food Fight.  (Seriously, just watch the trailer.  You will never be the same.)  The demands on us as content creators mean that we have to create good material, and we have to create a lot of it.  Making everything by hand doesn’t scale.  And doing everything via algorithm just burps out more mediocrity into this noisy world.  That means we have to find the sweet spot between the two.

Tyler Cowen is behind the wonderful Marginal Revolution, a blog which makes economics as interesting as it can be. (He also was involved in a bizarre incident last week, when he was pepper-sprayed while teaching a class at George Mason University.)  He also has a new book out that looks fantastic– Average Is Over: Powering America Beyond the Age of the Great Stagnation.

His premise is that Average is Over— the skill set that powered successful Americans up until now is permanently changing.  (In the words of the irreplaceable Marshall Goldsmith, What Got You Here Won’t Get You There.)  Up until now, success was determined by hard work, but also intelligence.  Unfortunately, intelligence is becoming an outsourceable asset.

The key questions will be: Are you good at working with intelligent machines or not? Are your skills a complement to the skills of the computer, or is the computer doing better without you? Worst of all, are you competing against the computer? Are computers helping people in China and India compete against you?

Whether it is through Siri, Google, or Wikipedia, there is now almost always a way to ask and— more importantly— a way to receive the answer in relatively digestible form.

Algorithms are getting better and better, and if you don’t know how to work with the algorithms (not compete with them), the future will be increasingly bleak.  It’s rational for employers to reduce costs if they can maintain quality, and as algorithms get better, more work will be taken away from humans and given to algorithms.

For content creators, this is a double-edged sword.  Clearly, some of the tools we have are force multipliers.  Sprout Social’s suggested followers and cleanup functions make it simple to arithmetically build your followers without picking people at random.  Buffer and other queuing apps allow us to batch all our work into one period, and see them drip out at predetermined times.  Even something as simple as an RSS feeder or Google News allows us to be on top of industry news in just a few minutes a day.  As Clay Shirky puts it, publishing is no longer a job or an industry, it’s a button.

But at the same time, have you ever read machine-written prose?  It’s getting better, and for some news functions, it will inevitably replace human writers, but there is a joylessness about it that condemns it to the purely functional.  For something like the summary of a Little League game on scorekeeping app Gamechanger, it’s invaluable.  But in terms of distinctiveness, we’re a long way from replacing humans.

It all depends on what you’re selling and how your customers buy. If you’re selling pure functionality at the lowest possible price, maybe algorithmic prose will be good enough.  But frankly, if your brand sells that way, you’re probably not creating content to begin with.  We’re all trying to help our buyer through the sales process, and that takes cultural understanding, nuance, and accessibility.  For now, that means you need a human to write it.  But the change will come sooner than we think.

If you write like a computer, you will be replaced by a computer.  The human voice is the main difference between prose that connects and the fog of words that we all swim through on the internet.  Make your writing as real and human and immediate as it can be.  Your reader is getting drenched with joyless algorithmic prose, engineered for SEO and focused on product features.  Write human stories about how your services changed someone’s lives.  Tell stories.  Not just to save your job from the rise of the machines, but because you only have one life.  Do you really want to spend it cranking out shitty prose?  Gaining a real audience today is hard.  That’s why it matters more than ever to make that audience feel something.

Respect the tools that make it easier for us to create and distribute content, but even more importantly, respect your readers’ humanity. That’s how you make a difference.